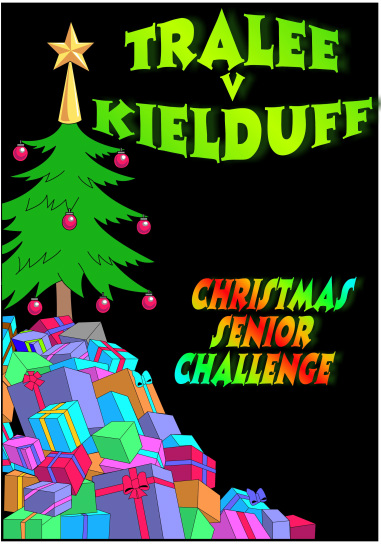 This event pitted the close neighbours from Tralee Table Tennis Club against the Kielduff Catholic Men's Table Tennis & Cycling Club for the first time! It was unfortunate that due to injury, Kielduff's No. 1 Tony Byrne was not able to make it but players were drafted in from far and wide to make up two squads of nine for thus unique "Town vs. Country" challenge.

The first round of singles matches was very evenly matched, 3-3 at the first break. Paul Higgins's great win over Liam Healy in five-sets was offset by Ron Van Der Noll's marathon against Ger Boyd. The match between old rivals Yolande Verplancke and Tom O'Grady went the way of the "home" team (Yolande was playing for Tralee!), again taking a full five sets to separate them.

Same again for the second round of six singles, no wonder Ron was tired after another five set match against Rob Sheehy. Alan Boyle, back from retirement, showed he has lost none of his legendary skill with a 3-0 win over Jim Twomey. So it was still all square, 6-6 after the first dozen matches.

In the third round of singles, the advantage swung first one way and then the other, with the edge going to the home team when all was played out. Alan Boyle's very narrow victory was the difference between the two teams. 10-8 to Tralee!

But the Kielduffers usually play nothing but doubles, remember, so the morale wasn't hit too badly - they felt that their best was still to come! And a 4-1 margin in the first of two doubles sessions was enough for the Kielduff to pull ahead for the first time at the end of a session, 12-11 with just five matches left to play!

Tralee could just manage two wins in the last five, the two Paul's winning a five-set match against Tom and Liam, and Alan (back to his best!) partnering Tralee Captain Brian Monaghan (unbeaten on the night) to an easy 3-1 win over Greg and Tony. Paul Barden was playing one of the "odd-man-out" singles matches, which he won in the deciding set for the "Away" team to give overall victory to Kielduff, by the narrowest of margins, 15-13 over two hours of table tennis!

The success of the night shows there is plenty of interest in senior table tennis in the Tralee area, and hopefully it will become an annual (or even more frequent) event! Remember we are always looking for new adult members, even though our Junior section is full for this year.


Thanks to all who took part and helped out, and Happy Christmas! 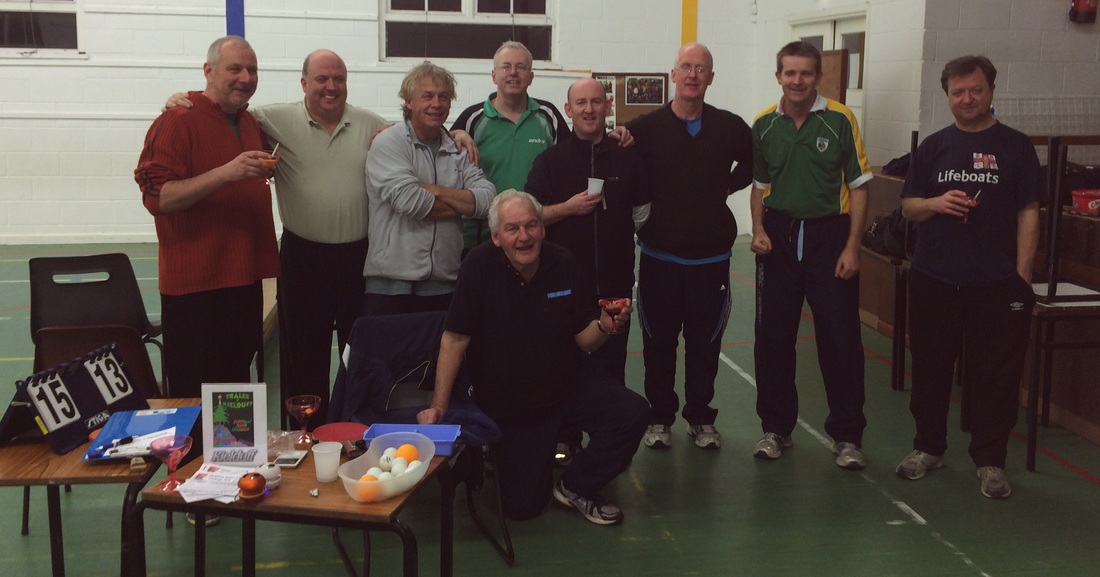 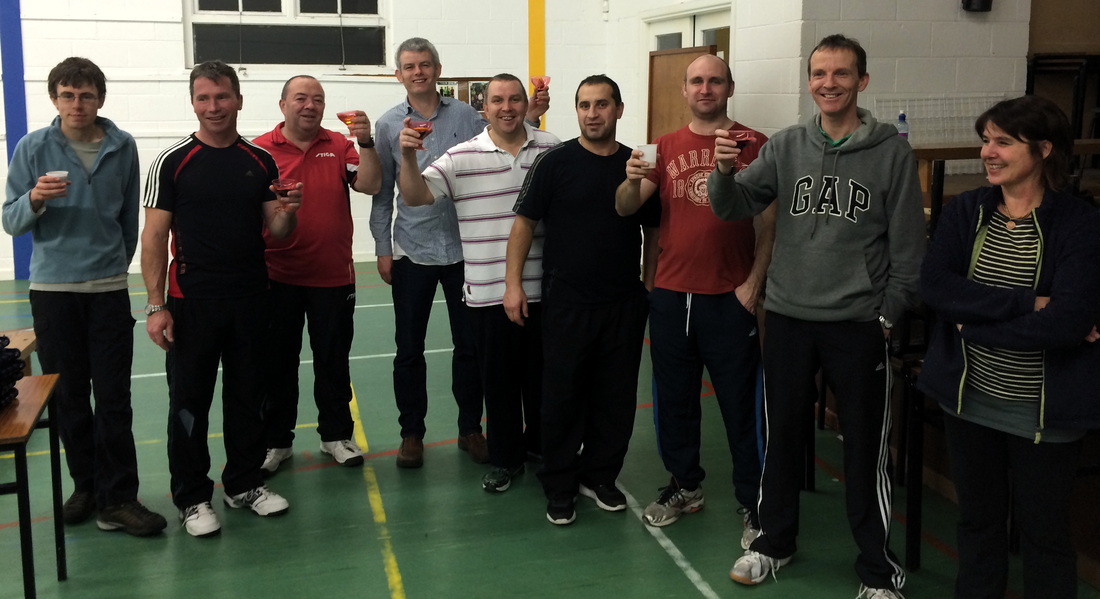