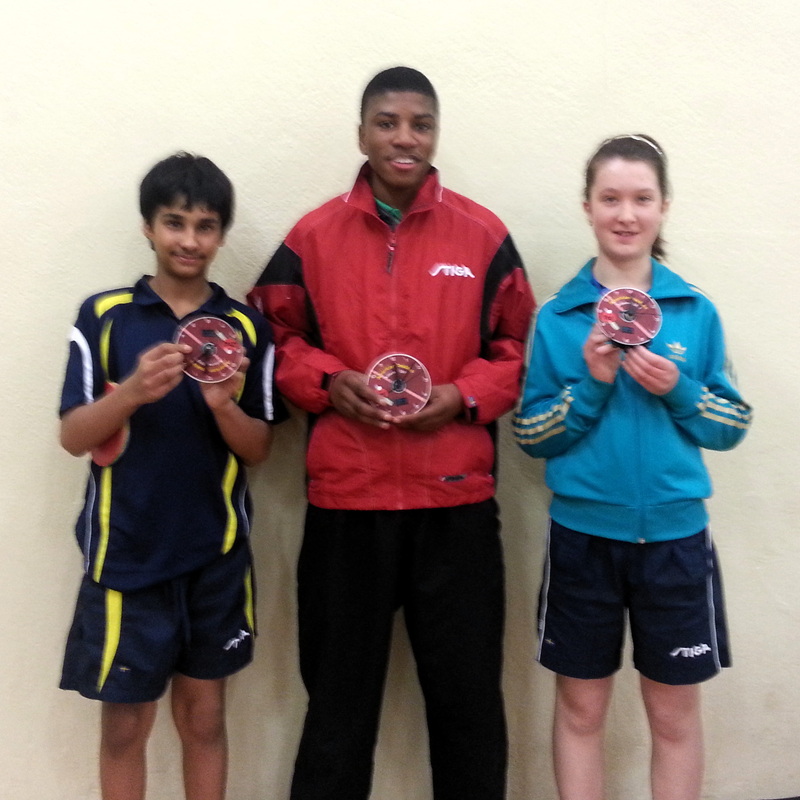 
"American Doubles" is a fun tournament where pairs of doubles are drawn at random, changing after every round.


For the first four rounds the pairings mixed "Green Division" and "Red Division" players, in the second half the players from the same divisions played each other.

There were 35 players from Tralee, Kielduff, Killarney and Beech Hill (thanks for travelling lads!) and everyone got seven or eight matches.

The "Green" division went according to form, with Anthony, Pawel and Philip taking the unique clock trophies home as just reward for the high standard of play! Who needs Olympic Gold Medals?!

But not far behind was our own Brian Monaghan... and hot on his heels was the ever-improving Alan Hobbart! Unfortunately after playing with and against Anthony several times Alan is now "Roaring like a Redmond" after every winning point! I hope he doesn't keep it up in Balloonagh, we'll be expelled from the hall!


Michael Creagh and Stephen Browne were as usual separated only by a hairsbreath for sixth and seventh.

In the "Red" division there was a Home winner also, with Devon Brady pipping Ussamah Hussein to win, and our own Akeem Gooden showing very well in third! Fourth was Jim Twomey, a proud Corkman but representing Kielduff Catholic Mens' Table Tennis & Cycling Club on the night!

Incidentally, it should be pointed out that Devon's average score was even higher than Anthony's!!

Well done to all and thanks as always to hosts Killarney Table Tennis Club (especially Lynn O'Shea and Valentina Puotkalyte for their help).

An added bonus was Paul and Anthony's very generous gesture to donate all the entry fees (€150) to Recovery Haven here in Tralee. This is very much appreciated and it's a very good cause, they were delighted with it.

Hopefully this will continue as an annual event, it's ideal for the Christmas period, everyone enjoyed it and there were lots of spot prizes as well as the trophies! 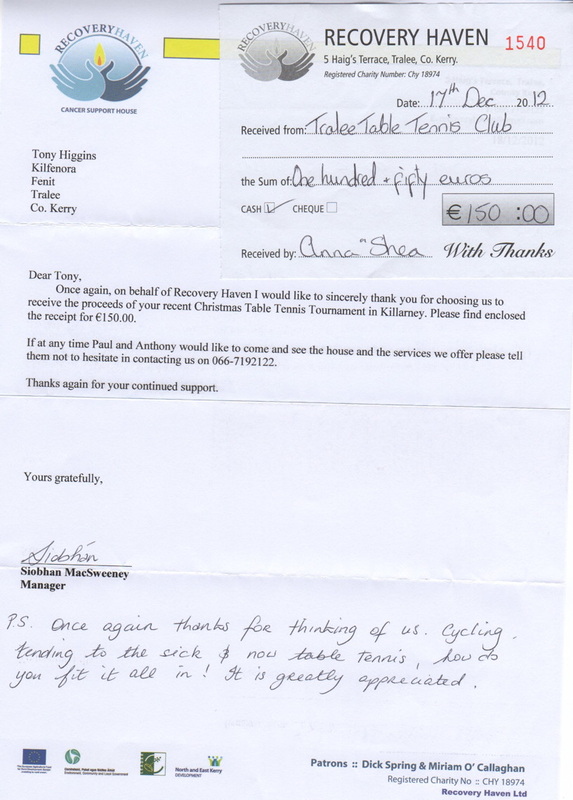