We were delighted to welcome some of the senior players from Goleen for a friendly match on Wednesday, 21st May. Four players travelled, father & son team Owen & James (senior in ability if not in age!), Peter and Mike. Their numbers were bolstered by the defection of Mike Curran and Kevin Browne for the night!


This is how it started: 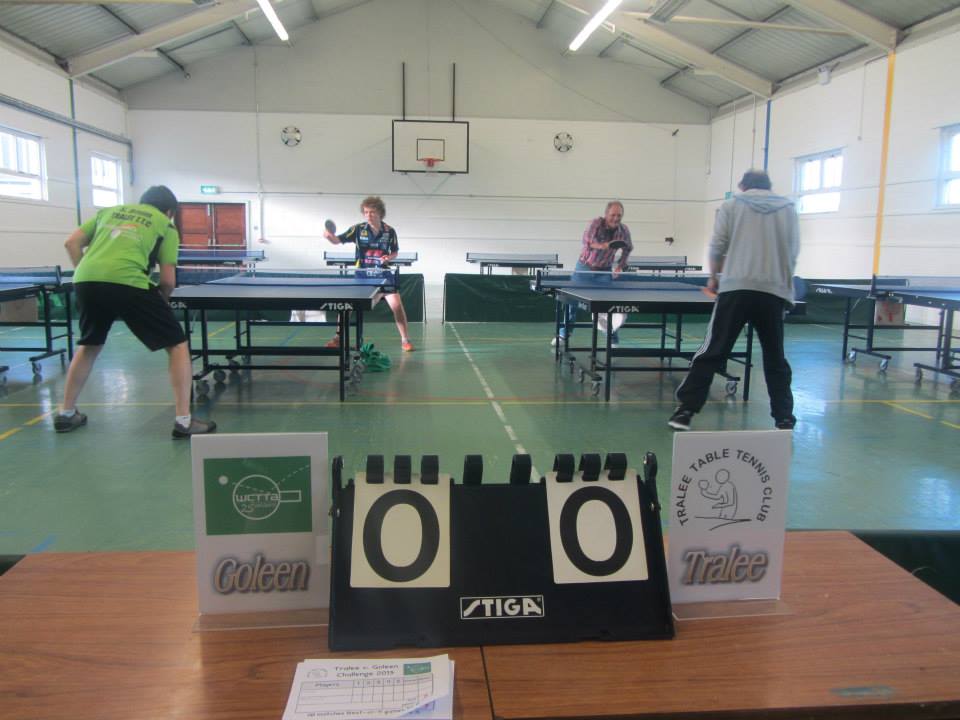 ... And for a while it was all going very well for Tralee! But then we started playing, and things went downhill from there...


Alan Hobbart played Jimini Kelly in the first match, and James set out his stall early on with a 3-0 win, it was clear that only Tralee's finest was going to have a chance against him! On the neighbouring table, his dad Owen was putting up a good fight against the aforementioned Tralee No. 1, Semih, winning a set. A win for Peter against Tom, Tralee's Elder Statesman and Mike against Paul saw Goleen take an early lead. Stephen pulled one back against "Traitor" Mike Curran. 3-2 to the visitors after the first round of singles.


Michael Creagh wanted a crack against Munster's U-18 No. 3 next, but could only manage a single set against James. Alan meanwhile started well with 11-8 in the first set against Owen, playing his first competitive match in quite some time! But the skills are still there, and he took the next three sets off Tralee's top junior! Reece Sugrue had an excellent hard-fought win against Peter in five sets, another five-setter on the adjoining table went Goleen's way, Rob just losing out to Mike. Alex played superbly to take another win against Mike Curran. But 6-4 to Goleen after ten matches.


Next up a few doubles, Tony & Semih looked to have a good chance against Owen and James, but the family team were too good and took a 3-2 win. Peter and Mike combined to beat Tom Russell and Paul Kelleher, and there was a 3-1 win for defectors Mike & Kevin. A great match between Rob & Igor for Tralee and Peter combining with Mike Curran went all the way, but it was again the Goleen pair that broke the deadlock. And Owen & James continued their winning ways with a win over Tralee's top junior pairing of Alan Hobbart & Michael Creagh. So five straight Doubles wins for the visitors


At this stage, Tralee were just playing for pride. Zaheer had a great win against Peter but Mike was too good for Andy and Owen had a straight sets win over Michael Creagh.


The best was certainly saved till last, however. The two Number Ones faced off in the climax, and what a match it turned out to be! Semih had to pull out all the stops to win 11-8 in the final set against a player two decades his junior! What a spectacle for Tralee players not used to such skill!


The match was followed by pizza and strawberries, before the Corkmen set off across the mountains! Thanks for coming lads, and we look forward to a rematch! 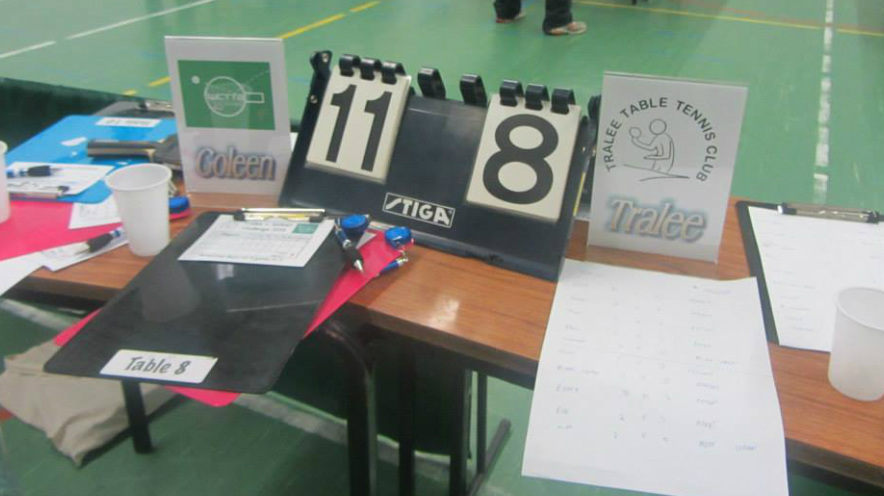 A special thanks to Bridget for supplying the most delicious cake to feed the troops... as well as players for both teams!


When all the prizes were presented (to winners and losers!) Tony Higgins was awarded a West Cork Table Tennis Gold Award by Owen Kelly (only the second person from outside the West Cork region to receive this award!). 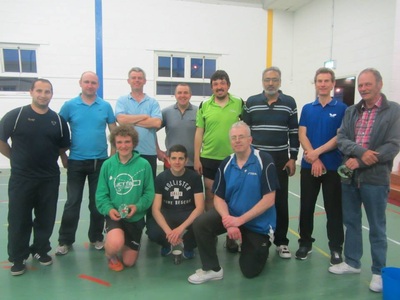 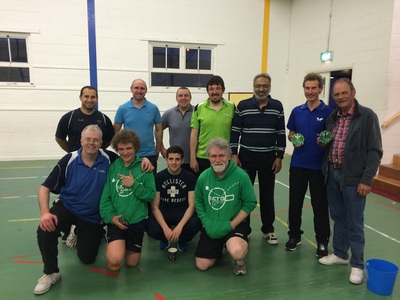 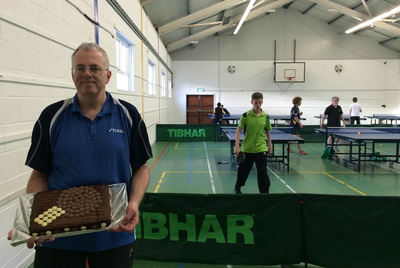 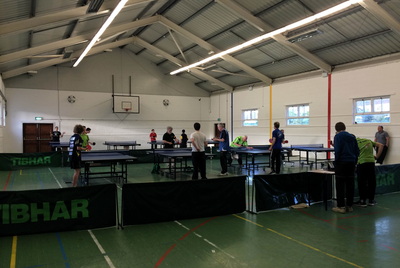 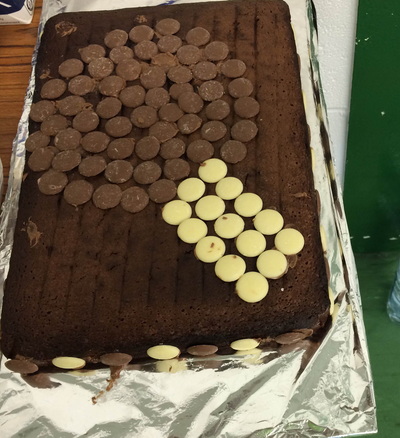