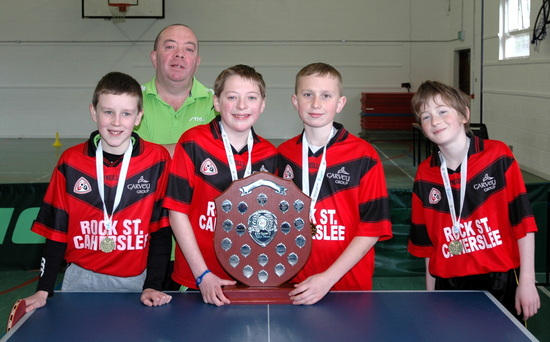 Darragh Browne and Donagh McMahon are already seasoned campaigners at this level, finishing in the Bronze Medal position at last year's national finals. This year Paul Browne took the place of older brother Kevin and Josh Hayes completed the squad. Ger Boyd was the manager.

There were only two teams in the Boys' section this year, making it a straight final between Kerry and Limerick (Adare). The Adare team consisted of Bryan Flynn, Emmet Moore, Paddy Fitzgerald and Frank Costelloe. These are pupils of Scoil Naomh Iosaf in Adare, a school with a proven pedigree in this competition, reaching the National Finals two years ago. They were coached by their school principal, Barry O'Riordan.

Donagh and Darragh were up first against Bryan and Emmet, and found the Adare lads were tough opponents despite the fact that they are not playing club table tennis! Both of the Limerick players showed a lot of skill and performed well against players who are both ranked in the top 10 in Munster! Two wins in the first two matches was a good start for the Kerry team.


Next up were Paul against Paddy and Josh against Frank. Josh had to dig very deep to beat Frank, and had this match gone the other way it could have been a different story at the end of the day, but losing this meant Adare were 4-0 down at the half way stage and it was just too much of a mountain to climb. With the confidence ebbing for the Limerick team, the local boys were able to relax and won convincingly in the end. Well done to the Adare lads and hopefully they enjoyed the trip to Tralee and might come back again for our next Challenger event.

So the four boys from Rock St./Caherslee now advance (again) to the National Finals in Athlone in May, hoping to go one better than last year! 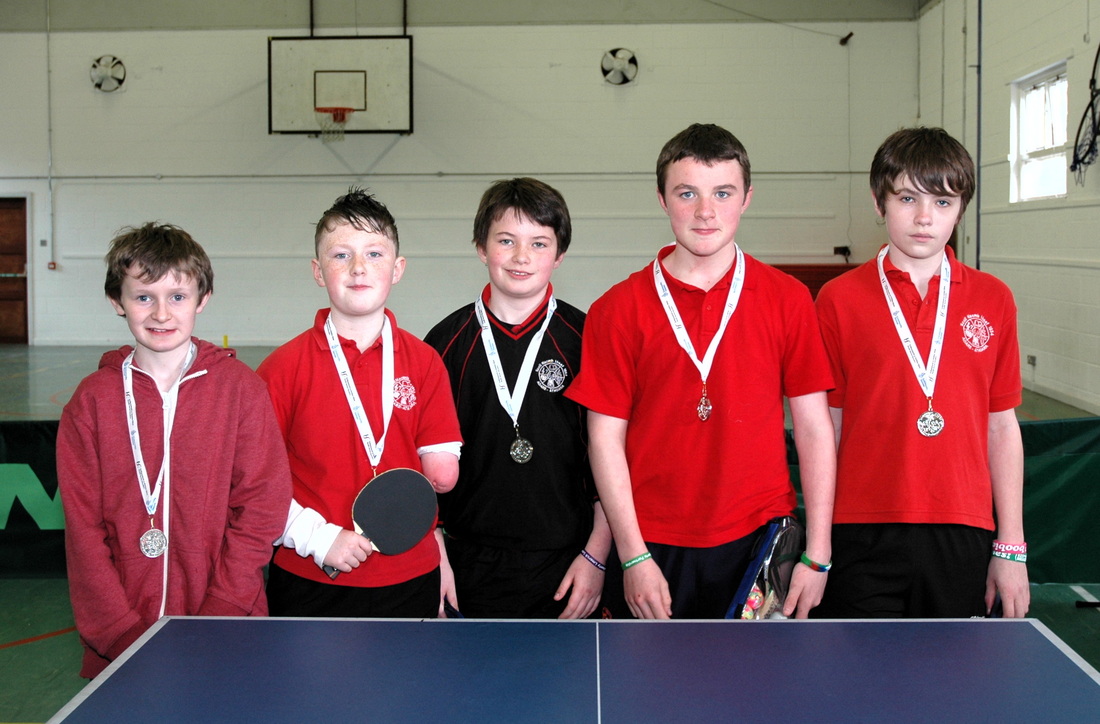 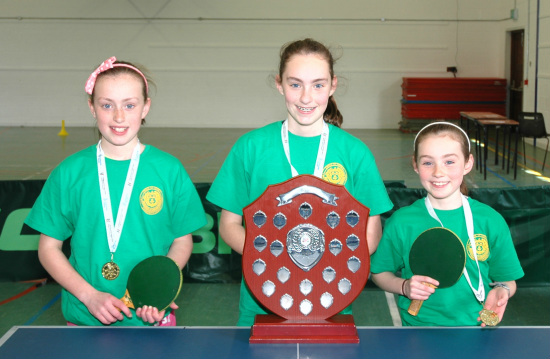 Munster Champions Edith, Shauna and Rhona Carney from Ennis St. Johns.
The Girls event also saw Tralee players in action, although none of them are regular players in Tralee Table Tennis Club.

The luck of the draw meant that as there were only three girls' teams competing, Clare and Limerick had to play a semi-final to win the right to play Kerry's representatives in the final.

The three Kearney sisters from Ennis St. John's formed the Clare team, and had a good win against their neighbours Limerick (from Kildimo/Pallaskenry). Losing only one of their singles matches meant that they had an unassailable lead going into the doubles, and the doubles was one of the longest matches of the day, with Clare just pipping the Limerick girls in the fifth set.

In the final, the three sisters (Edith, Shauna and Rhona), coached by Danny Comerford, were too strong for the local girls, running out 5-1 winners with no need for the tie-break doubles. The Kerry (Rock St./Caherslee) team of Molly O'Carroll, Rachel Ryan and Emma Reidy were just not strong enough for the Clare Girls (of course, lack of practice might also have something to do with it...!). Still, a silver medal to add to their Kerry triumph! 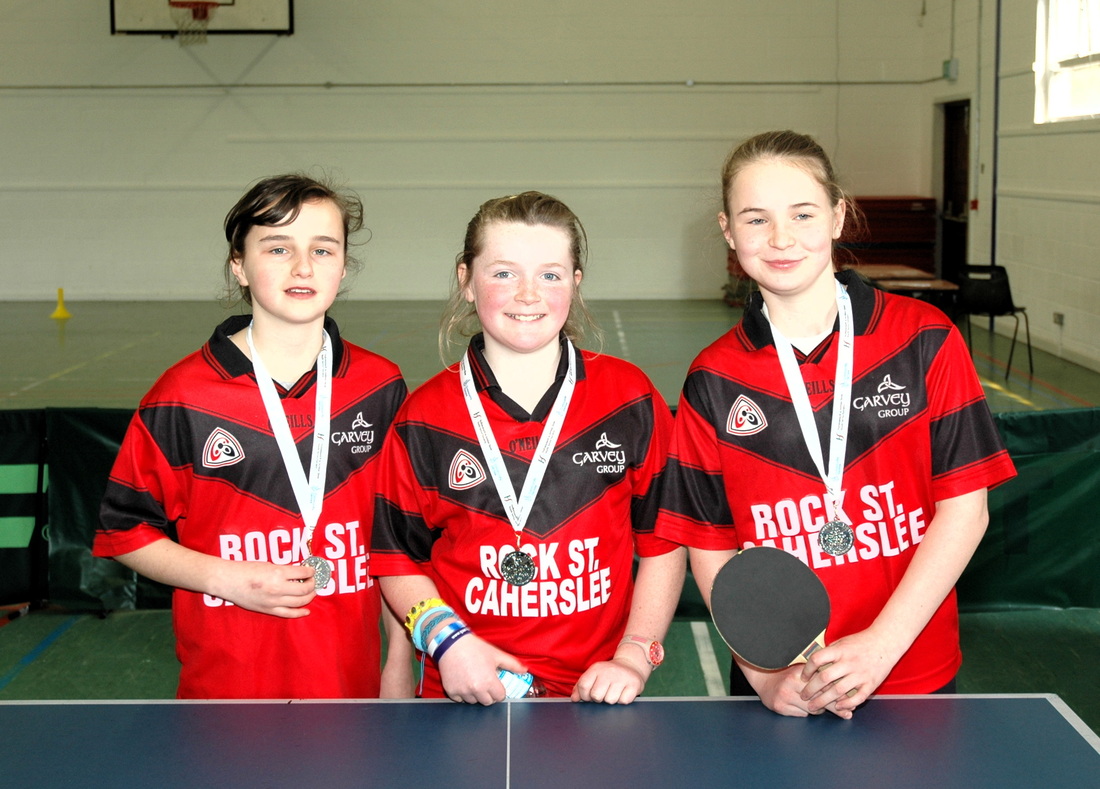